The following Q&A was conducted by Tony Carnie, as research for an article for the JSE. Questions were provided and ITTCC/EIUG responses are below. 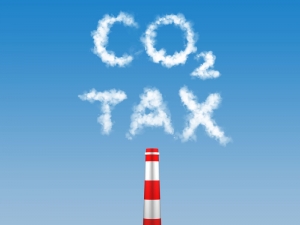 A1. We support South Africa’s commitments to address climate change and we are in favour of a predictable and gradual transition to a lower carbon, resource efficient economy.  We acknowledge the merits of a carbon price in the longer term, but not the currently envisaged carbon tax.  Any such policy instrument should avoid unduly damaging the South African economy.

A carbon tax is neither necessary nor suitable in the current economy as a low-carbon, resource efficient economy can be achieved through the DEA’s carbon budget regime, the Integrated Resource Plan (IRP) and the Industrial Policy Action Plan (IPAP).

The ITTCC’s analysis demonstrates that the proposed tax is not necessary to meet international commitments within the current national circumstances.

South Africa has already made progress in mitigation of national GHG emissions, as measured against the National Benchmark Trajectory.  Economic growth has been lower than assumed in the business as usual (BAU) trajectory, which has come at a great cost to the economy and consequently to employment. Structural changes to the economy have seen a decline in the carbon intensity.

Furthermore, the structure of South Africa’s electricity sector means that the future electricity mix cannot be shaped by a price signal, since its emissions reductions are driven by the Department of Energy’s Integrated Resource Plan (IRPwhich determines the energy mix of the country.

In this context, the carbon tax will have no material impact on reducing carbon emissions from the electricity generation sector. The carbon tax is a pass-through cost for regulated utilities and will therefore only add costs to the end customer which will already bear the cost of the new build programme via electricity tariffs.  In addition, it is not clear how a carbon tax will be passed through to consumers in the second phase of the tax.

There is not sufficient time between now and 1 January 2019 to address all the concerns with the current design of the carbon tax. Furthermore, technical work is still being undertaken on the three regulations that are required to accompany this Bill:

We do not believe that this work will be completed, and these regulations published for consultation in the time allowed.

The methodologies in the draft Bill are not the same nor aligned with the National Greenhouse Gas Reporting Regulations (DEA).

The full liability and impact of the tax cannot be understood without the regulations and without alignment between this and other instruments.

There are challenges with the proposed measurement, reporting and verification (MRV) system, as well as with the use and proposed amendments to the Customs and Excise Act.

Q2. One of the concerns that has been raised is that the Carbon Tax may be just another mechanism to raise general revenue or lead to double taxation. Please comment?

A2. We support South Africa’s commitments to address climate change and we are in favour of a predictable and gradual transition to a lower carbon, resource efficient economy.  We acknowledge the merits of a carbon price in the longer term, but not the currently envisaged carbon tax.

South Africa’s emissions are presently within the limits of the peak, plateau and decline (PPD) trajectory area and unlikely to increase above this line before 2022 – 2025. Accordingly, the nature and timing of implementation of punitive instruments needs reviewing now, before implementation.  Such review is supported by flexibility included in South NDC under the Paris Agreement (2015).

Q3. The Treasury has indicated that in general terms it does not support the rigid earmarking of specific tax revenue streams, but that three categories of recycling will be considered: a) tax shifting b) tax incentives and c) “soft” earmarking for enhanced free basic energy, improved public transport and other revenue recycling “in the usual transparent way such allocations are done”.  Overall, is the EIUG/ITTCC aware of any formal estimates of how much revenue will be raised annually via the new Carbon Tax? Do you believe that the new tax will be revenue neutral or not? Please elaborate.

A3. The National Treasury’s intention to provide certainty regarding the rate of the tax for phase one and thereafter is appreciated, however we do not believe this proposal is appropriate.

We therefore suggest that:

This gives certainty to the rate for the first 4-5 years until the review takes place. We would like certainty that the conditions that may trigger a change to the tax (increase, decrease or removal) will be based on South Africa’s actual GHG emissions relative to the National Benchmark Trajectory, with the quantum of the change aligned to the actual need and determined in the review.

Q4. In relation to the above, what are implications to the economy, employment and consumer prices if carbon emitters pass on the tax cost to customers/consumers? What effect might this have on consumer prices and can any of these additional costs be quantified at this stage?

A4. Given the structure of South Africa’s electricity sector, the IRP and mandatory carbon budget regime are more appropriate to driving and enabling structural change in the largest emitting sector of the economy.  Since the electricity mix is determined by government policy through the IRP, it follows that any tax passed through would be punitive to the end customer.

We believe that the emissions’ reductions for this sector should be prescribed in the IRP and not through the imposition of a punitive tax.

The intention to ensure revenue neutrality on the price of electricity for the economy for the first phase is supported. However, it is not clear how this will be achieved practically and within the current structures of the Custom and Excise Act, the Multi-Year Price Determination (MYPD) methodology and the Regulatory Clearing Account (RCA) methodology. The MYPD methodology allows Eskom to recover the environmental levy costs from customers and that the levy is therefore treated as a pass-through item for regulatory purposes.

It is important to note that the removal of the provision for revenue neutrality of the price of electricity at the end of the first phase of the carbon tax (2022) without any corresponding decrease or removal amendment to the environmental levy on electricity, will result in double taxation on electricity. This was do severe harm to the economy.

Furthermore, the pass through of any penalty, if such arises, for failing to achieve these reductions must be subject to further impact studies and public consultation.

Q5. One of the main criticisms raised by civil society and other groups is that the proposed carbon tax will initially be R120/tCO2e (US$10/tCO2e) and that this is too low to drive significant change away from South Africa’s carbon-intensive economy. Indeed, the proposed tax level of US$10 is significantly below the  $40 – $80 range needed in 2020 to stay consistent with achieving the temperature goal  of the Paris Agreement as identified by the High-Level Commission on Carbon Prices. (State and Trends  of Carbon Pricing 2018:The World Bank) and significantly lower than the most ambitious Swedish carbon tax level of $139.

A5. Updating SA’s GHG inventory using more recent data reflects a more accurate baseline for South Africa and indicates that SA is below the PPD and likely to remain so for short to mid-term.  The electricity crisis, low commodity prices  and slow economic growth has impeded growth in GHG emissions. Emission growth from electricity sector and most sectors depending on electricity will remain relatively muted for short-to-medium term resulting in emissions remaining under PPD for an extended period of time.